Learning about my classes

For the "getting to know you" portion of the beginning of the year, I thought I would focus on some things that could really inform my instruction this school year.

I collected some great ideas from the MTBoS, of course!  In the spring, I took a class on personality and I read "Showing Our True Colors" which helped me understand the behaviors of many of my students last year.  By the time in the year that I took the class, I had observed my students enough to know which color family they belonged to, but this year, I thought it would be nice to start the year with that info.  Thanks to Sarah at Everybody is a Genius and Sarah at Math Equals Love for sharing their ideas and links on the topic as well as learning styles and multiple intelligences.  I took the surveys and summaries and condensed them into a little booklet (three front and back pages folded in half).  We worked through it today.

Here's how I did it.  I introduced the notion that I wanted the students to know how to help themselves when it comes time to study and I want to be able to teach them in the ways that work best for them.  I pointed out that when the time comes that some of them need individual help, I'll be able to give them a method tailored to their needs if I know how they learn, think, or show their skills.

We started with learning styles because I thought kids might have had at least some background knowledge there.  I explained that some of us learn by hearing, others by seeing, and still others by doing.  They took the survey.  Then, I regrouped the students so they could sit with other people with the same learning style.  I asked them to read the provided tips and tricks for that learning style and to discuss how they had used those before or if they wanted to try any that were new.  We shared out.  Interesting, the visual learners in one class were quick to ask if they could write notes on the paper.  I pointed out that they asked to do that because they're visual learners!

Next, we did the true colors personality questionnaire.  It's the hardest one for the kids, so I put it in the middle.  If I'd done it first, they would have been overwhelmed.  If I saved it for last, it might have been a struggle.  We modeled how to fill out the chart.  They had several words that they weren't familiar with but the nice thing is that there were lots of familiar words that they could lean on even when one word in the group was unknown.  As it turns out, "impetuous" was on the test they'd just taken in language arts.  Someone asked what it meant and I explained that it meant making decisions without thinking of the consequences.  A cheer erupted- most of them had gotten it right on the test!  Once the students had completed that questionnaire, I had posted colored papers around the room to correspond to the true colors.  Each kid found his group, wrote his name on the colored paper so I could keep a list, and they discussed if they were like the description.  The crazy thing is that 39 out of the 58 kids I teach in the afternoon are orange.  Oh my goodness, we are going to need to move and be very active this year to learn!  The funny thing is that even on the first day, I could tell I had a lot of energy in the afternoon groups!

Finally, we did the MI survey.  We didn't get to the analysis yet- that will be tomorrow.  We did fill out the graph shown in the picture below.  Tomorrow we'll talk about MI and learn our strengths there.

I'm so glad I did this!  I feel like it's going to be such a time saver as I plan lessons this year because I'll know better how to approach them.  Hopefully this will turn into less kids needing reteaching less often because I'll meet their needs the first time.  I'm also super happy that this year I decided to implement an interactive notebook.  I think it will appeal to my orange students and all of the kinesthetic learners.

During the last period of the day, my principal came in and we got to talking about what a nice group of kids I have in that class.  I told her how surprised I was by their learning style results (about 50% auditory, 20% kinesthetic, 30% visual) and how utterly shocked I was that so many of the kids in Advanced Algebra are orange.  She's gold, so her eyes bugged out a little at those numbers, too!  She really liked what I did in class today; she even asked to take a copy of the booklet with her.

Here's a look at the front of the booklet that I made.  The front cover is courtesy of Sarah from Everybody is a Genius. 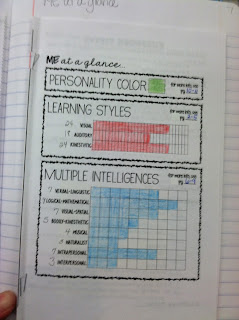 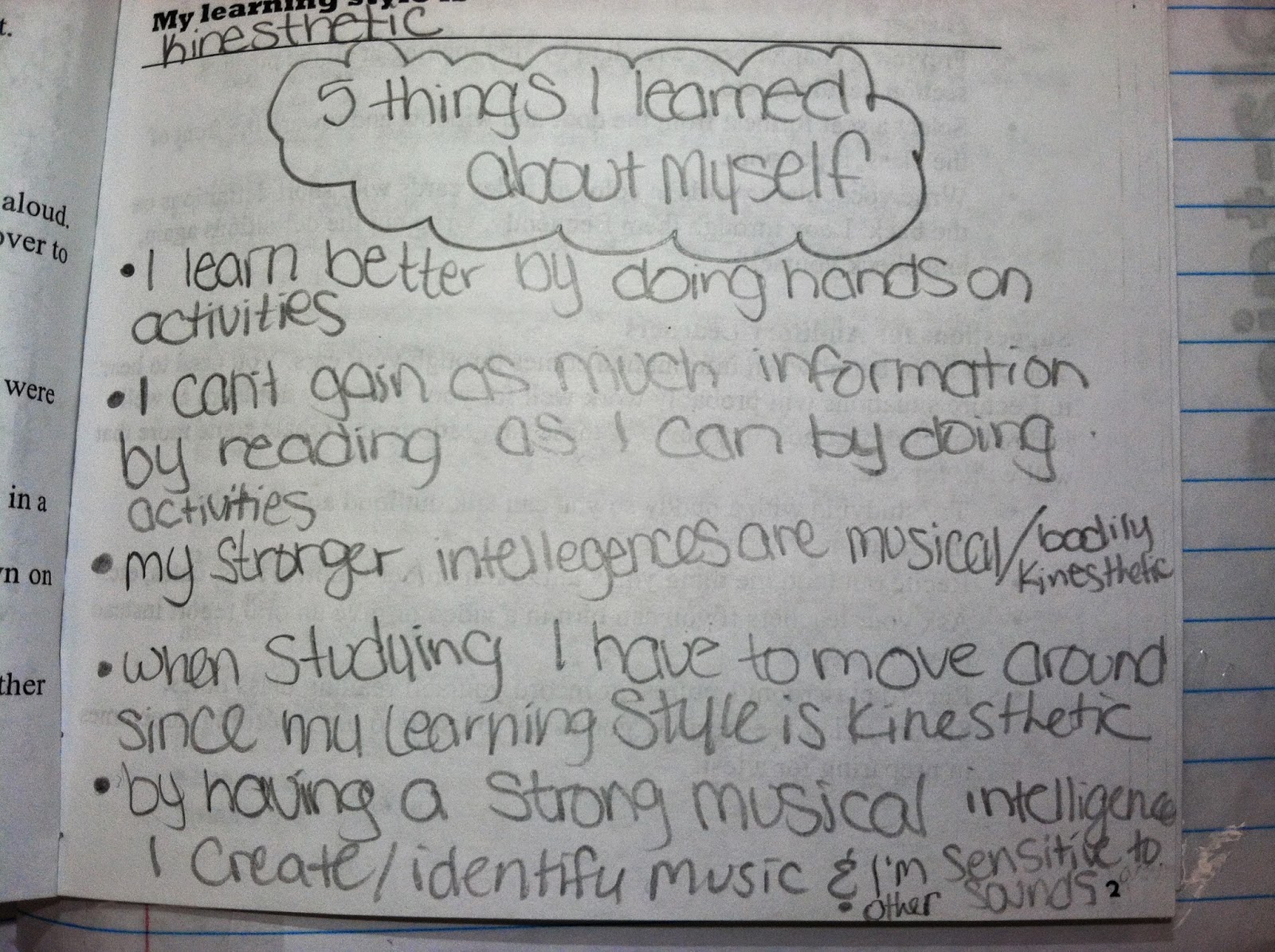 Email ThisBlogThis!Share to TwitterShare to FacebookShare to Pinterest
Labels: back to school, engagement, Interactive Notebook